Maintained CPA of less than half the original goal

To help the state of Indiana achieve a goal of having 60% of its working-age population to attain a level of education above a high school diploma by 2025. In service of this overarching goal, Statwax entered into partnership with the client with the goal of using digital strategies to further the awareness and promote applications and enrollments in a grand program designed to get Hoosiers back to school and attaining those levels of education.

The Indiana Commission for Higher Education, which was looking for a digital marketing partner to help promote its Next Level Jobs Workforce Ready Grant initiative. This grant program was created with the goal of inspiring and paying for Indiana residents who had a high school diploma or less to go back to school and attain new education and skills to advance their careers.

Awareness and growth of the initiative had been slow and steady during its early years. But a true digital strategy of paid advertising, audience-specific messaging, landing page usage, and tracking had not been explored. In two years’ time, the program had built enough awareness to create more than 400,000 website sessions. But conversion rate to an actual program application was low, and the client needed to start seeing quality leads in additional to just website traffic and awareness. In order to boost enrollment and set the program up for long-term success, the client needed to transform how it used and looked at its data and how it leveraged digital marketing tactics across the entire state.

While the overall marketing strategy and goal was focused on generating applications and enrollments, it was desired that some specific groups of users be especially engaged through digital ads. These audiences had been identified as the most likely to be receptive to the Workforce Ready Grant and the program as a whole. Reaching these audiences would become a cornerstone of the digital strategy that Statwax would eventually deploy:

Statwax began with full SEO and CRO audits from the respective service teams. While the majority of ongoing focus would become digital advertising, teams knew that the only way to see success and scalability would be to peel back every aspect of the potential student journey that was occurring online. Through user testing and site experience auditing, Statwax determined there was a high level of distrust of some of the informational claims about free tuition, and difficulty finding more detailed information. At the same time, the Data & Analytics team began with extensive analysis of users who had already applied and enrolled for the program. Patterns were found in demographics, locations, technology used, and more. An enrollment journey map was compiled that highlighted primary digital touchpoints that had been driving conversions previously, helping the Paid Advertising team build a campaign launch strategy that focused on the most important channels and touchpoints first.

Finally, Statwax worked to integrate the client’s full host of data systems alongside ads and website tracking. Prior to Statwax’s involvement, there was no link between the website application process and the Commission’s internal CRM. This meant that applications and enrollments were almost impossible to attribute back to any specific originating traffic source. The website was updated with better functionality to capture hidden tracking parameters that would tell the CRM and back-end systems exactly where each applicant and enrollment had come from during their marketing touchpoints. For the first time, the client would be able to look at enrollments and know exactly which campaigns, channels, keywords, and more first helped create them.

Awareness-building display campaigns created interest, while paid social efforts and broader paid search campaigns nurtured that interest and provided key follow-up information. More aggressive paid search and remarketing tactics helped relevant users overcome obstacles and provided a clear path to conversion, and non-paid tactics such as email marketing and on-site chatbots helped reduce friction in the process even further. As campaigns began running, Statwax was making daily adjustments in order to produce the best performance. By avoiding any automation tools or third-party ad execution tools, the team could remain completely hands-on and agile at making the most precise adjustments. Individual keyword bids were changed, new negatives added, ad copy split-tested, and audience bid adjustments made almost daily. And with clean tracking and full attribution in place, optimizations could be made based on actual enrollment information instead of just pure lead volume.

A focus on specific full-funnel strategies for each identified audience, with messaging and targeting that relied on persona research and historical data, helped propel success from day one. Under Statwax’s strategic guidance, digital strategies helped the Workforce Ready Grant see 188% growth in applications over a two-year span of time. More than 44,000 applicants for the program were directly generated through Statwax’s ad efforts in those two years, more than the program had experience in total since inception.

But Statwax didn’t help the client achieve these lifts purely through higher marketing spend. Thanks to the initial research and build-out of campaigns and use of them throughout the entire funnel, ads have been able to reach and nurture the right prospects at exactly the right times to move them through the process in the quickest, lowest-cost way possible. Digital efforts were beating the client’s cost-per-application goal within three months of launch, and across two full years is at an all-up CPA of less than half the original goal, a metric that has improved each of the first two years of the campaign.

When it comes to workforce development initiatives, it can be easy to discount digital marketing efforts as low-performing or difficult to target. Key audiences are often in underserved or rural communities, work multiple jobs, skew older, and/or are generally less engaged with digital touchpoints.

But those same factors are creating untapped potential for the right marketing initiatives to make a world of difference. Focusing on a nuanced, audience-specific approach to platform usage, messaging, creative, and the landing page journey can set up marketing spend for immediate success and long-term impact. 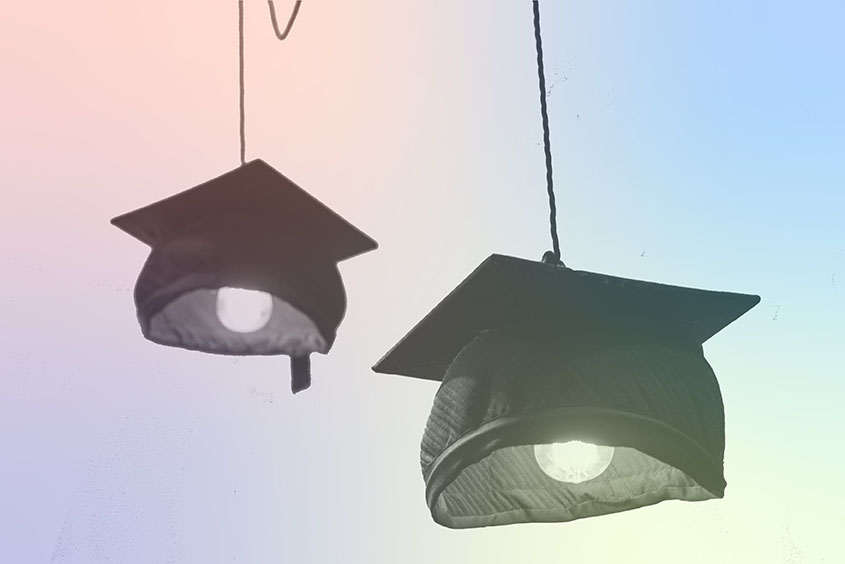