It’s one of the most common and frustrating problems for a higher education institution: your overall inquiry or application numbers may be good and your top programs are blowing their goals out of the water, but there are certain programs that just can’t seem to gain traction. Oftentimes it’s the niche programs with a specialized audience, making it tough for them to engage the right prospects and bring in adequate volume. But even popular programs can struggle if inquiry goals are high or competition in the market is fierce.

Many higher ed marketers try to treat inquiry volume as an overall, non-specific marketing effort. They can bring in leads, but if all those leads keep going to an alpha program and not other struggling ones, that isn’t their problem. This is absolutely false, and a sign that it may be time for a new digital agency. In reality, the fix for a struggling program lies in a more refined, full-funnel digital approach.

Many schools approach digital awareness-building as a “one size fits all” tactic. Top-of-funnel efforts like display or video can be so broad, the thought is that messaging must focus only on the general brand and can’t get too specific.

In reality, building the right awareness for a struggling program is the first step needed to start boosting its enrollment. Many programs struggle because they have a narrow prospect pool, due to the niche nature of the program or strict requirements limiting prospects. To get more of the right people interested in a hard-to-understand or little-known program, turn to a more targeted top-of-funnel digital approach.

Existing student data is your biggest ally. Take the alumni and current students of a struggling program, and upload their pertinent CRM data into platforms that allow custom audience matching. Create lookalike, or similar, audiences from that batch of users. This allows platforms to look at a pool of users and find other users whose data and behaviors most closely resemble the original pool. This can give you a broad enough audience for upper-funnel awareness-building like display banners, but with the targeting caveat of focusing only on people most like the programs’ existing students. 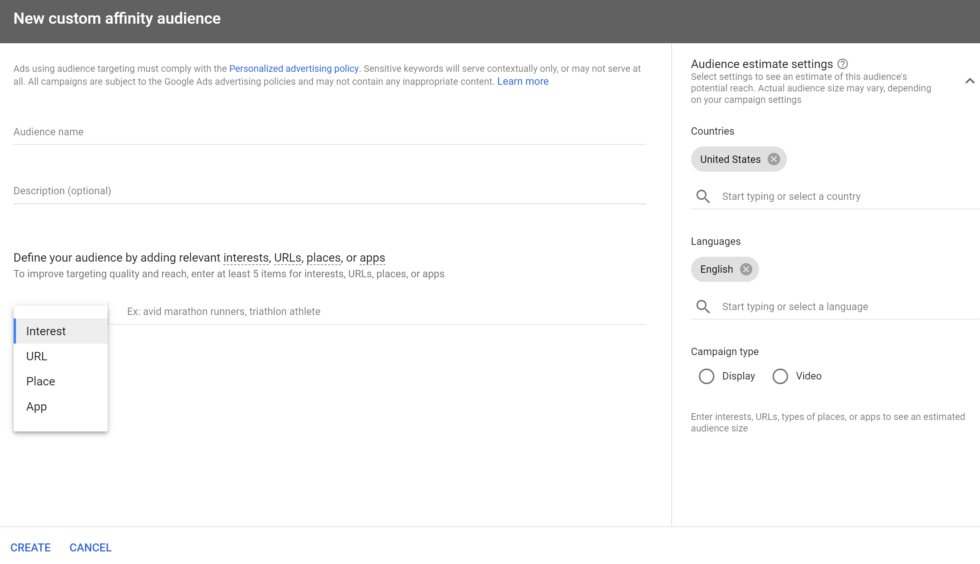 Several social media platforms, most notably Facebook and LinkedIn, now make use of carousel image ads. This ad format shows a scrolling line of several “panes,” each featuring a different image, text, and landing page. It’s a great ad format for presenting several options and pieces of information to a user who may want a choice. And compared to older ads with just a single large image, carousel ads have been shown to drive as much as 10-times the amount of traffic.

You can use carousel ads to engage prospects who are interested in your school, steering their journey toward the programs that need the biggest boost. If users are identified as good prospects (either through remarketing or high-performing audience segments you’ve created in awareness-building), use carousel ads to target them again with a lineup of the struggling programs. It keeps building awareness about your school as a whole and gives prospects a feeling of choice as they explore paths and programs offered. But in reality, you’re steering the path not toward the common, high-volume programs but instead into the niche ones that otherwise don’t get the same traffic or impact. 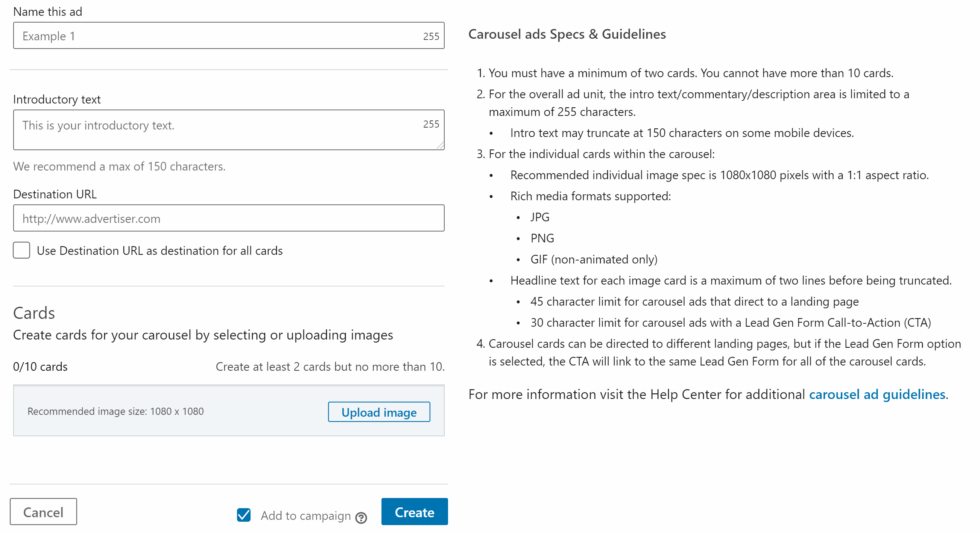 If your entire school’s paid search strategy is operating under a single all-up cost-per-conversion goal, it could be the biggest area for immediate gains on a specific program. It’s a common problem we encounter when auditing PPC accounts in higher ed. With the move to a Target CPA bidding strategy on paid search (a recommended strategy), many accounts blanket a Target CPA value across the entire paid search strategy. This results in the highest-volume, highest-converting campaigns and ad groups cannibalizing the budget and leaving no room for volume or growth from smaller ones.

For example, say you have ad groups for nursing generating inquiries at a $55 CPA and an overall PPC Target CPA of $60. Those nursing ads are going to be given as much budget as possible all day long in priority over a niche program that generates $100 inquiries. Even if you’re willing to pay that higher inquiry cost to fill starts in a struggling program!

Get Granular With Campaigns

The key to avoiding bid cannibalization is to split out budgets and Target CPA bid strategies at a more granular level. If you have programs that dominate and ones that struggle (this works for campuses, too), split them into individual campaigns to better control what budget is needed and where. Then, set individual Target CPA bids at the program level, allowing the platform to optimize to what’s best for the program, not for the overall school only. If you can’t split programs by campaign and keep them all as ad groups in a campaign, you can still set different Target CPA bid thresholds at the ad group level to accomplish the same thing. If you raise a Target CPA threshold, you’re giving the platform more permission to play loose with the daily budget and spend more to acquire users. This lets the ads serve out more frequently, increasing reach and the chance of finding relevant prospects. As long as the overall costs are acceptable, increasing the Target CPA for a struggling program can provide an immediate boost.

There are many tactics for boosting struggling programs, with the list above just scratching the surface of possibilities. But what they all have in common is a modern mindset for reaching higher ed enrollment goals. In order to flip the digital optimization levers as your school’s enrollment ebbs and flows, your campaign strategy and structure has to be built with your goals, campuses, and programs in mind. From there, you’ll be able to make leaps in enrollment goals, all while driving down the costs of acquiring students.

Want to know which higher ed marketing tactics are the right fix for your struggling programs? Get in touch with our digital strategists. 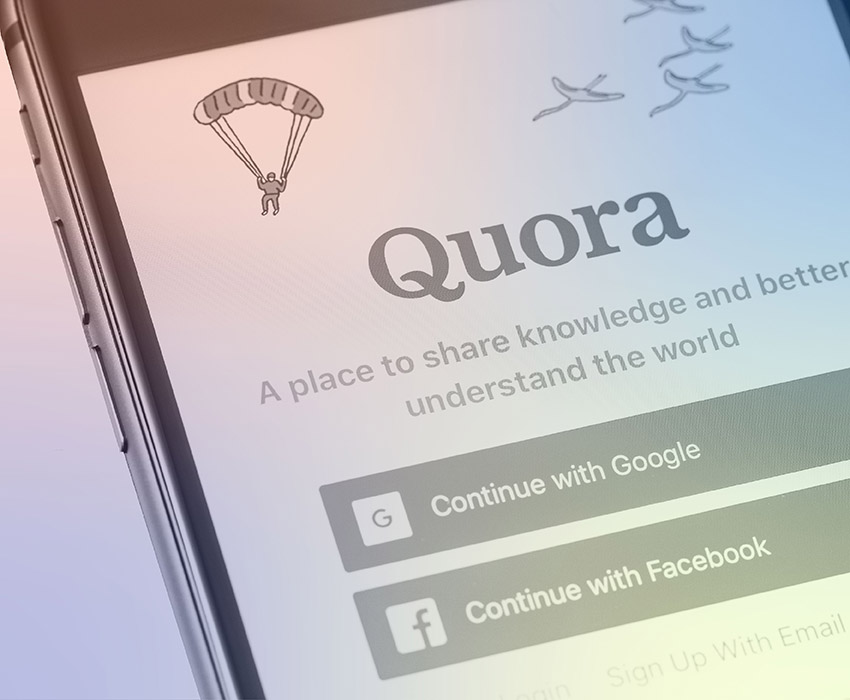 You may already be using marketing tools like LinkedIn and Google to reach your target audience. But, your competitors are probably also using those digital platforms. That makes it harder to get your message out and to keep your marketing costs down. Additionally, the performance of your digital...

Higher education marketing trends are constantly bringing new opportunities to colleges and universities. As in life, the only constant is change. And student acquisition trends sometimes feel like they’re shifting from one day to the next.  As we approach a new year (and a new decade altogeth...

Getting More Out of Traditional Higher Ed Marketing with Digital Support

Higher education enrollment marketing is evolving every day, pushing further into digital strategies than ever before. That’s not surprising, as more prospective students are turning to things like search to find out about schools. But that doesn’t mean traditional higher ed marketing tactics don...